Britannia Safety and Training are pleased to advise we are remaining open and running courses with full COVID19 procedures in place.
We are continuing to offer our clients assistance with Health & Safety and COVID19 compliance. If you require any assistance or require information on our available courses, please do not hesitate to contact us.
Our office hours are currently 08.00 – 16.40 Monday – Friday or email sales@britanniaits.com
Skip to content
Please Note: All courses MUST be paid for when booking. If no payment is received your course booking will automatically be cancelled within 24hrs. 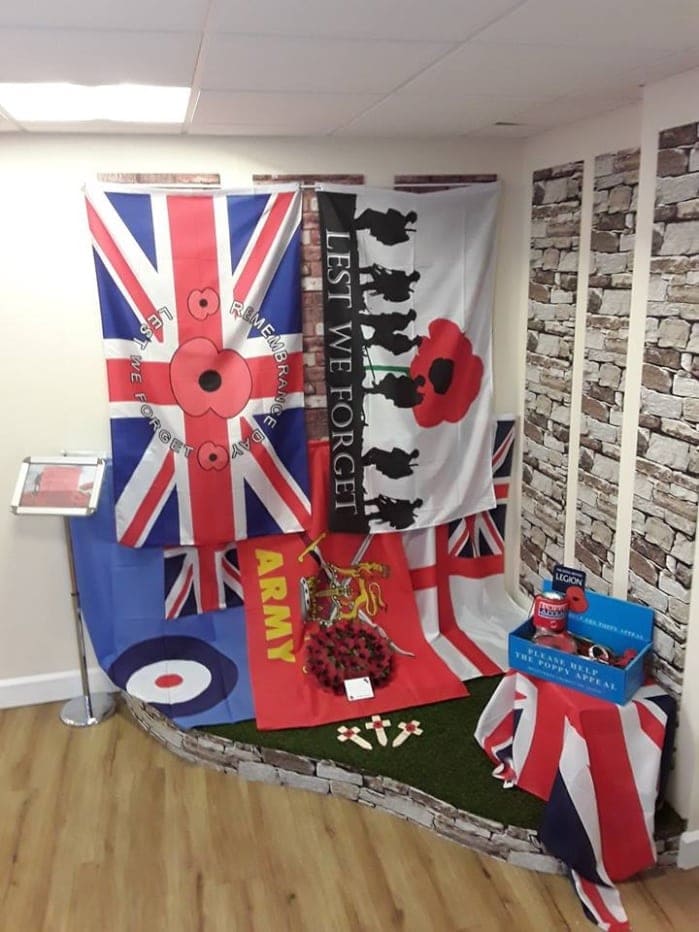 The Royal British Legion is asking the nation to recognise the sacrifices made by the Armed Forces community, past and present. Remembrance is part of modern British life, culture and heritage. It becomes a particular feature of the public calendar each year when public, private, formal and informal Remembrance events take place throughout the UK.November’s reception display is to support The Royal British Legion Remembrance Poppy Appeal 2017. Your poppy supports the Armed Forces community past, present and future. By wearing a poppy, you aren’t just remembering the fallen: you’re supporting a new generation of veterans and Service personnel that need our support. Thank you for all of the staff, trainers, delegates, clients and suppliers that have contributed already  #RethinkRemembrance

If you have any questions or need help please call, email or contact us directly and one of our team will be happy to help.

Still Can’t Find What You’re After?

Want to find out more?